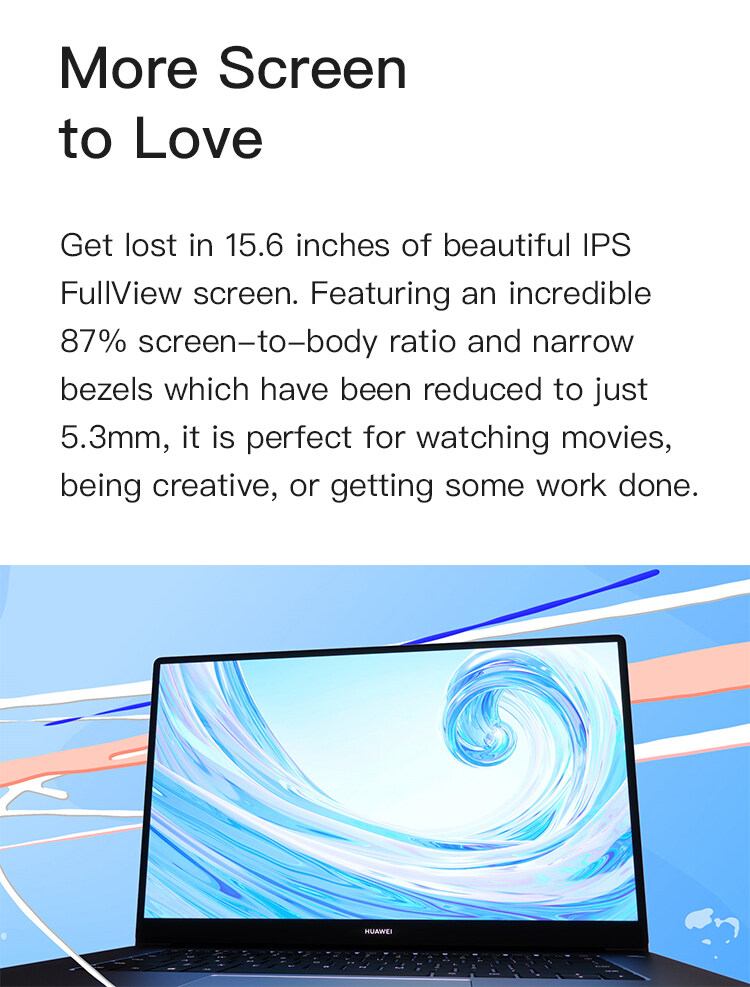 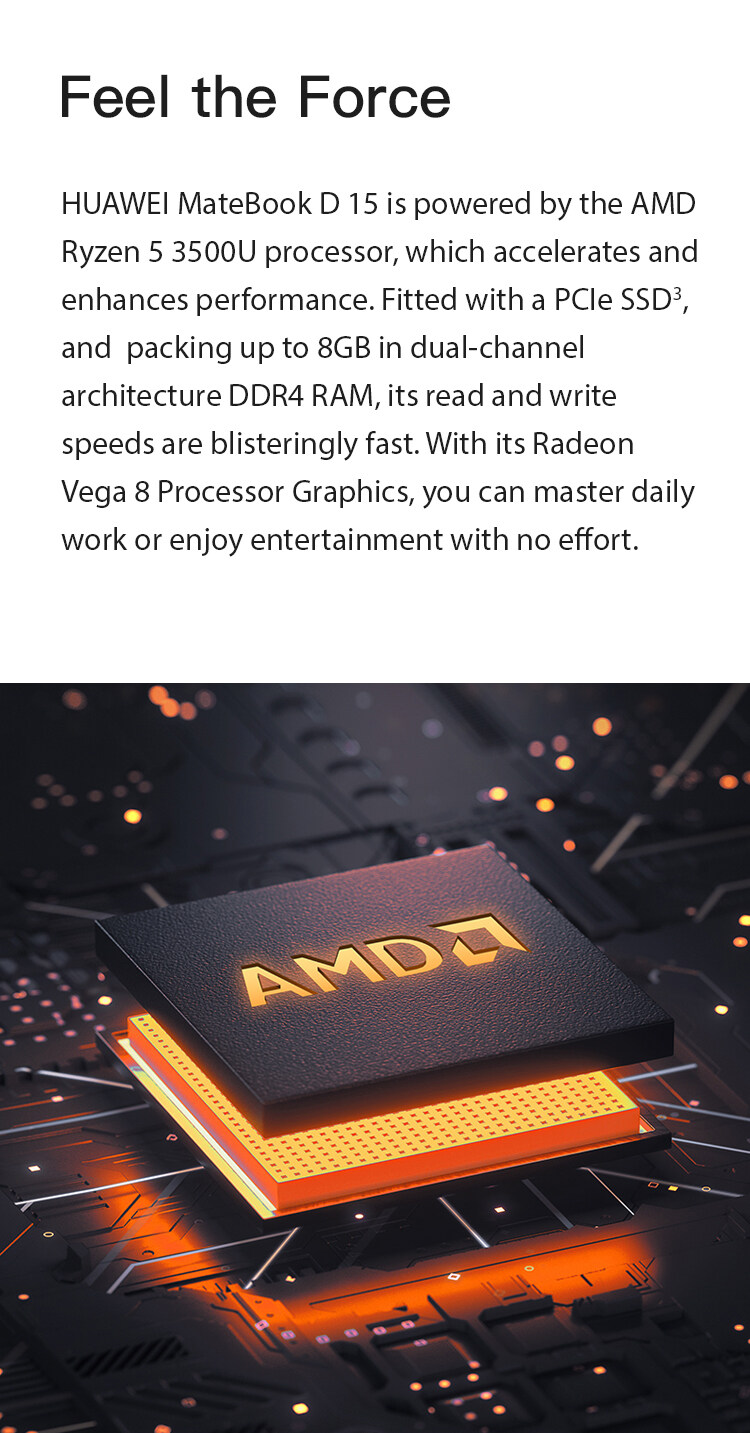 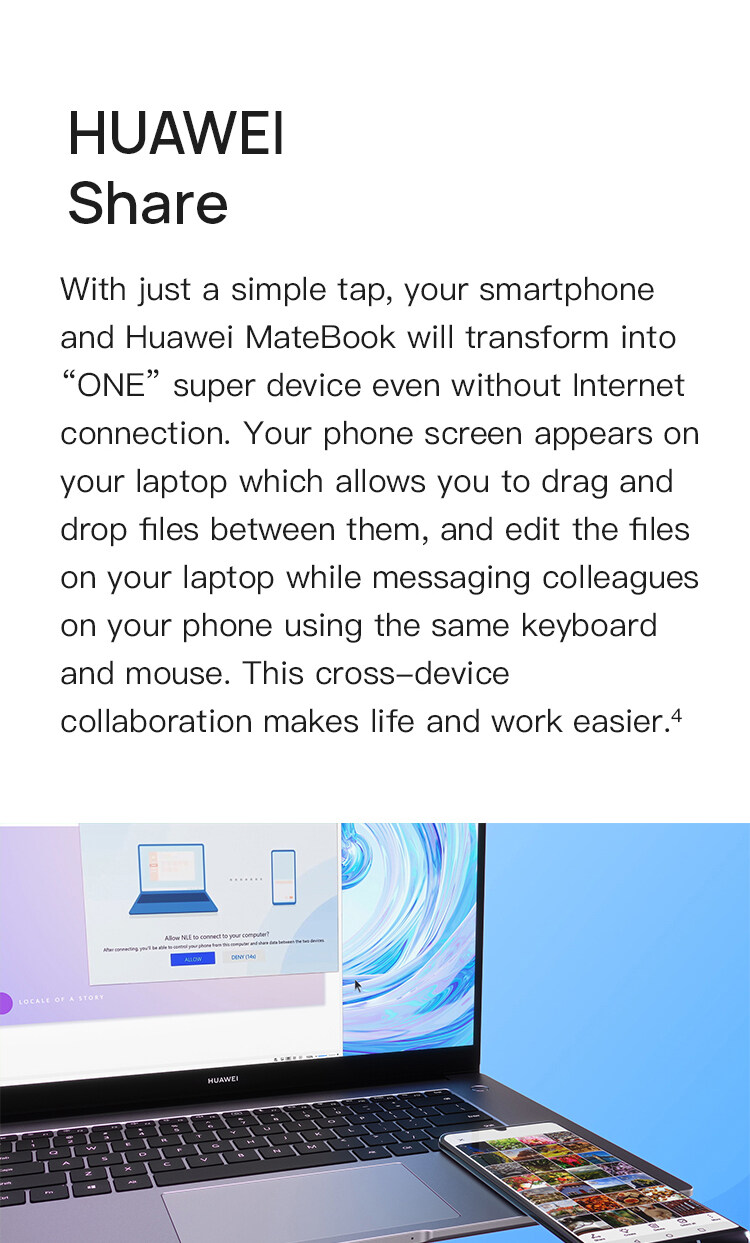 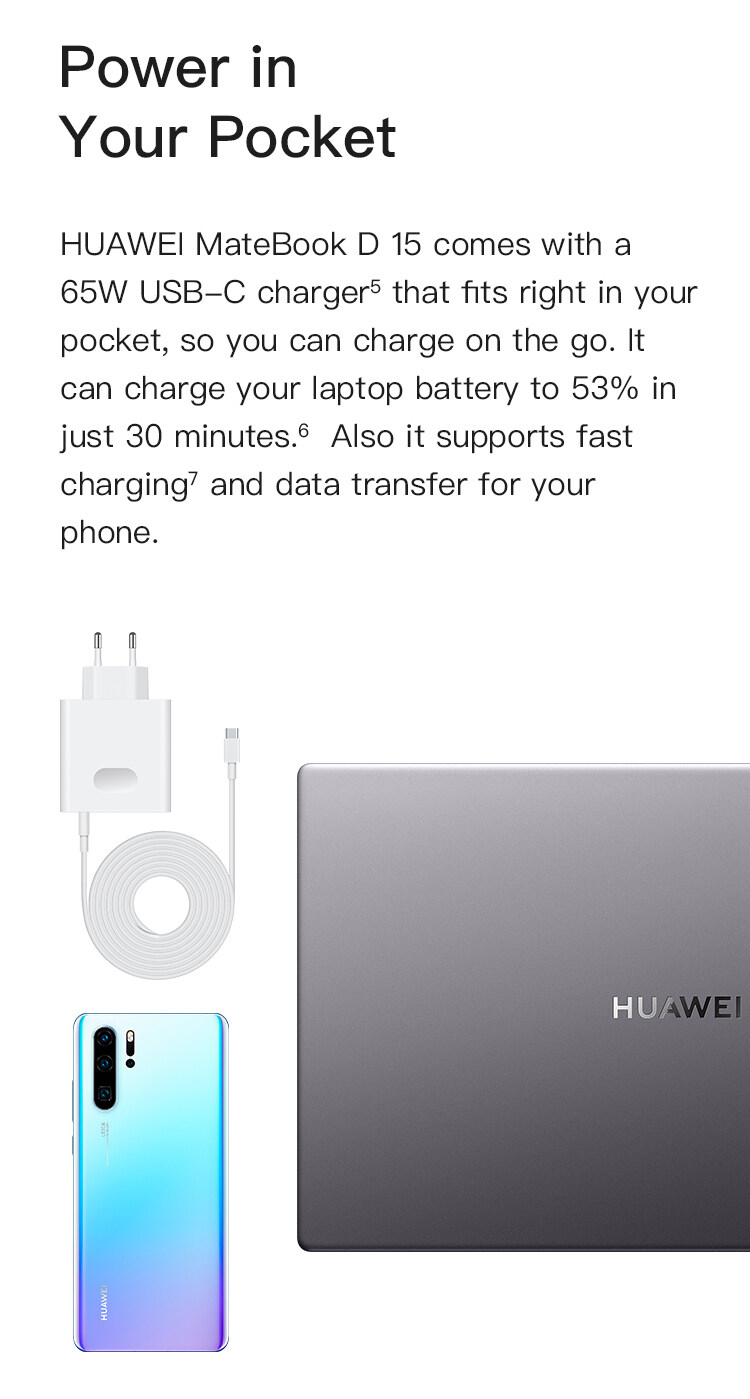 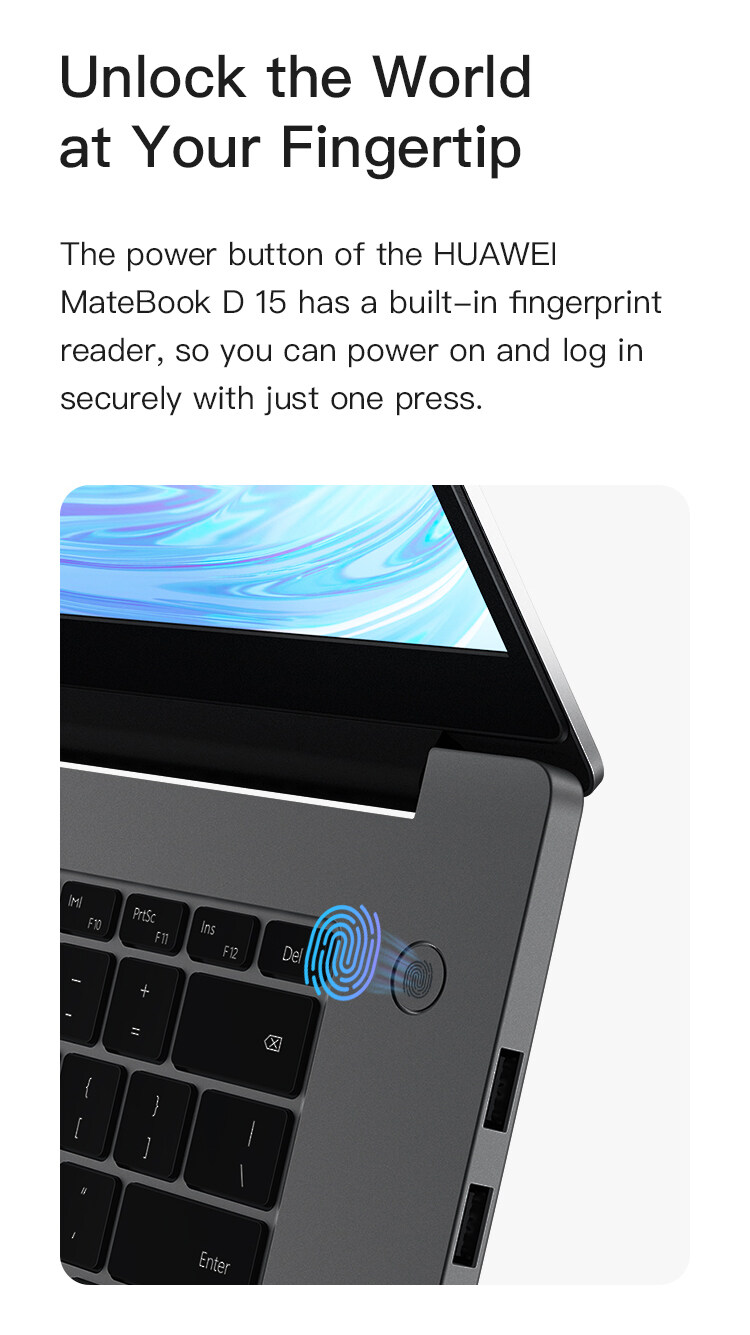 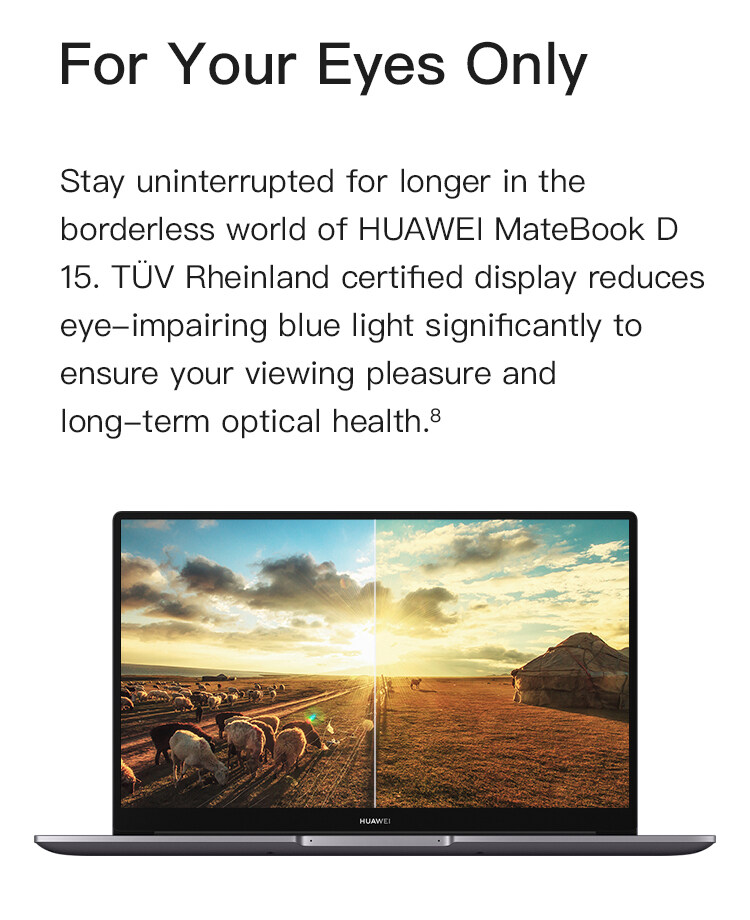 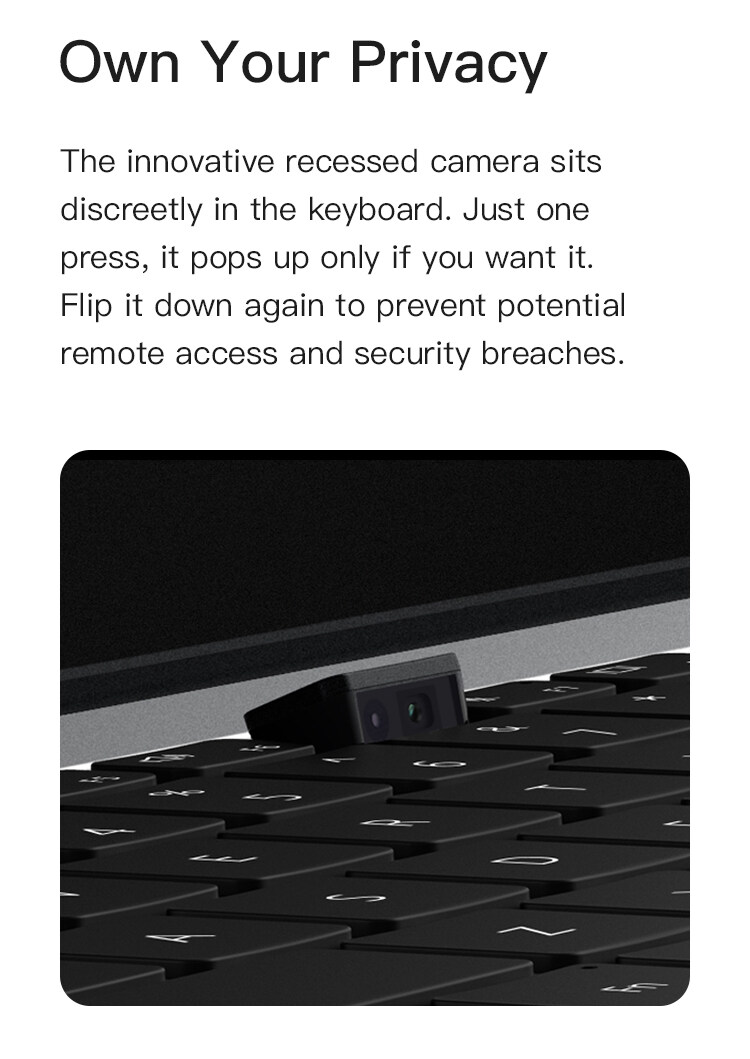 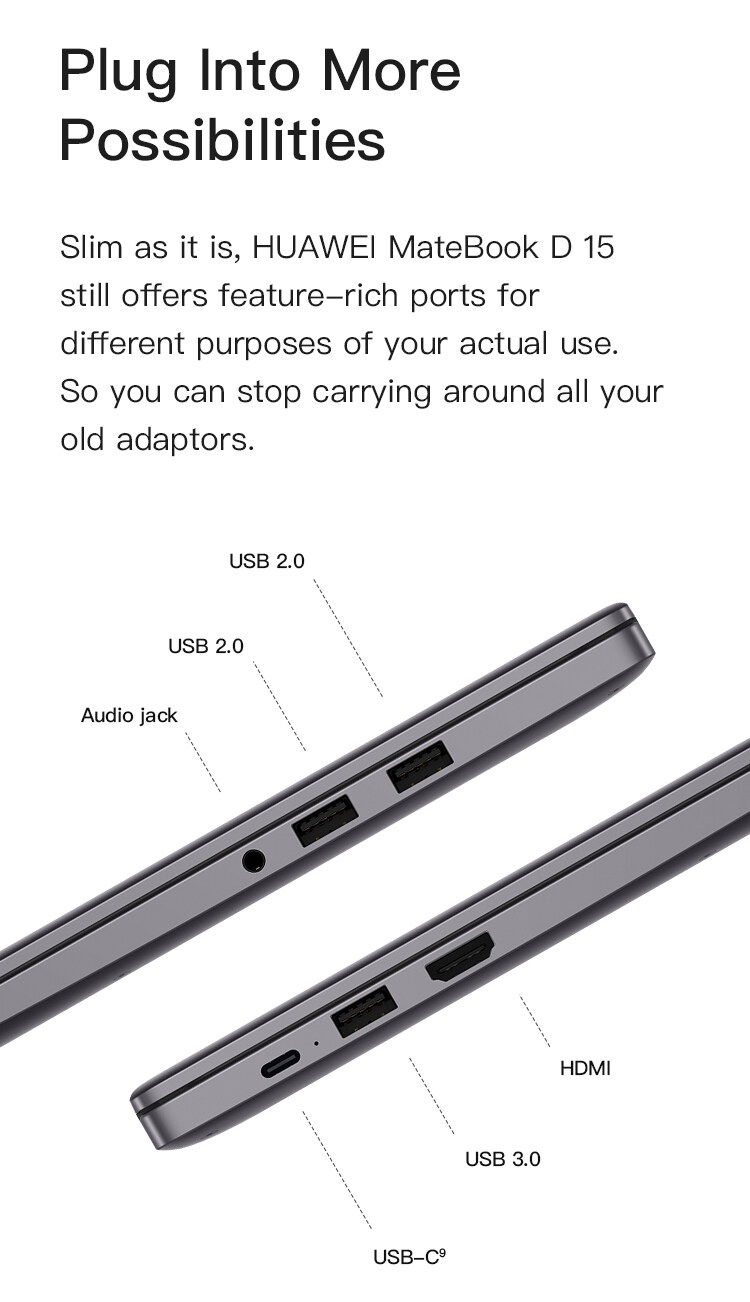 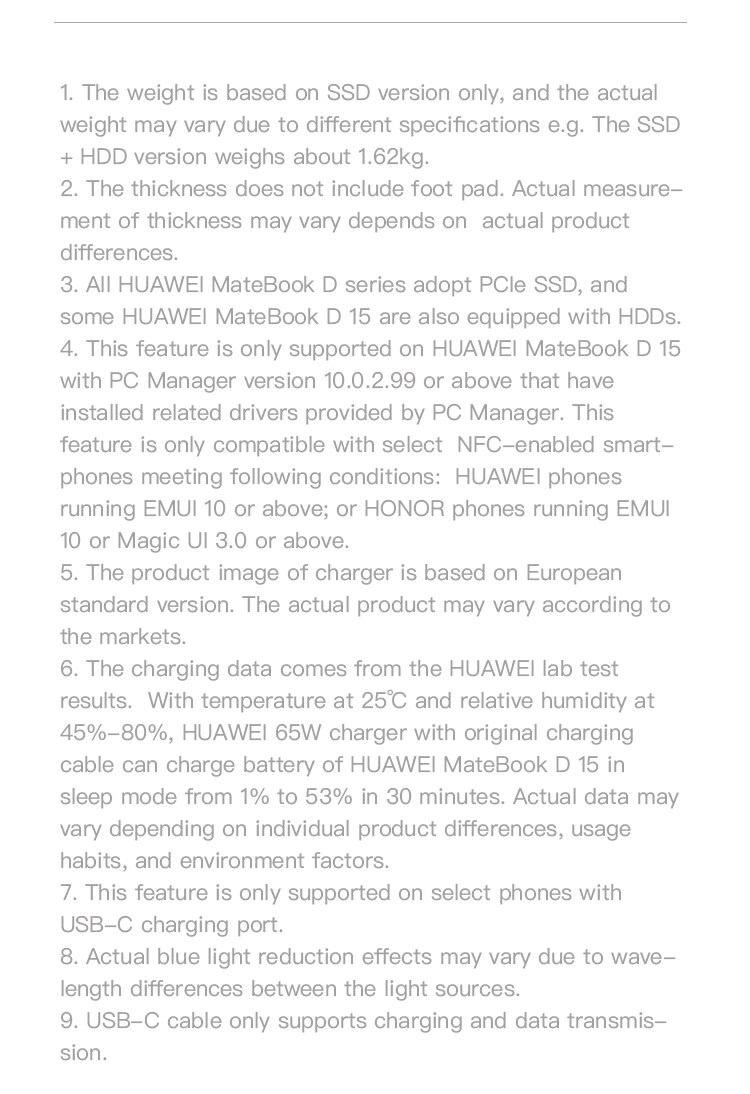 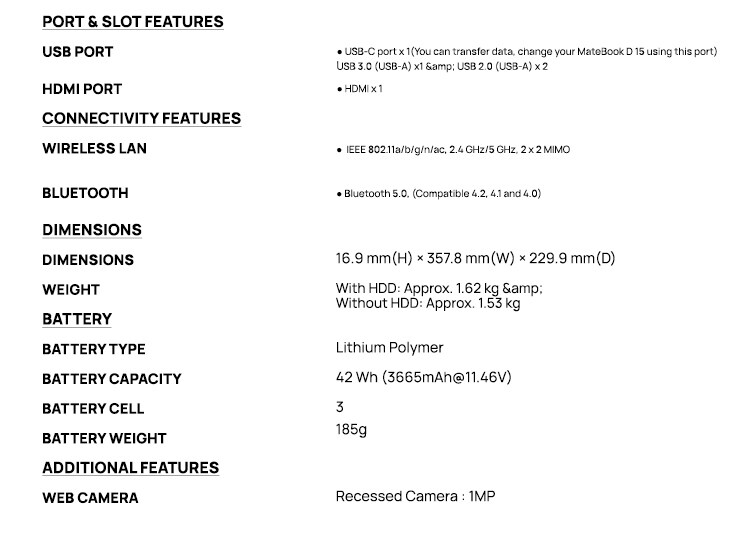 1. The weight is based on SSD version only, and the actual weight may vary due to different specifications e.g. The SSD + HDD version weighs about 1.62kg.

2. The thickness does not include foot pad. Actual measurement of thickness may vary depends on  actual product differences.

4. This feature is only supported on HUAWEI MateBook D 15 with PC Manager version 10.0.2.99 or above that have installed related drivers provided by PC Manager. This feature is only compatible with select  NFC-enabled smartphones meeting following conditions:  HUAWEI phones running EMUI 10 or above; or HONOR phones running EMUI 10 or Magic UI 3.0 or above.

5. The product image of charger is based on European standard version. The actual product may vary according to the markets.

6. The charging data comes from the HUAWEI lab test results.  With temperature at 25℃ and relative humidity at 45%-80%, HUAWEI 65W charger with original charging cable can charge battery of HUAWEI MateBook D 15 in sleep mode from 1% to 53% in 30 minutes. Actual data may vary depending on individual product differences, usage habits, and environment factors.

7. This feature is only supported on select phones with USB-C charging port.

8. Actual blue light reduction effects may vary due to wavelength differences between the light sources.